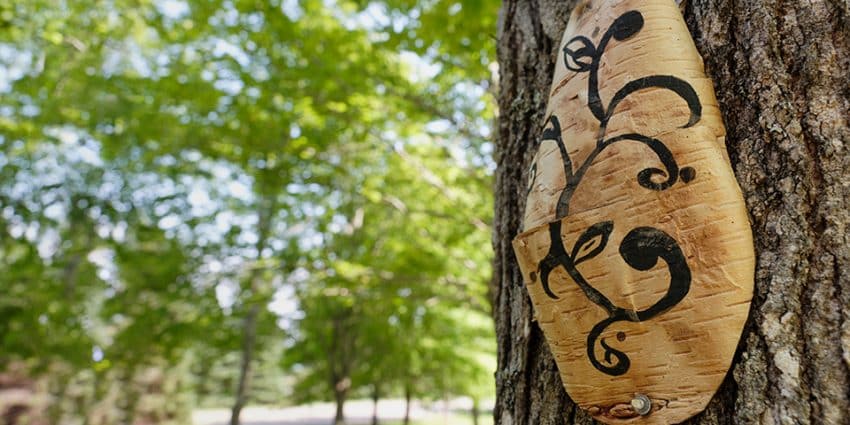 The Reconciliation Recognition Award (RRAC) is an initiative launched by the Epekwitk Assembly of Councils, to show their appreciation for the work being done to advance Reconciliation by individuals, businesses, and organizations here on Epekwitk (Prince Edward Island).

The Reconciliation Recognition Award is based on a series of criteria that serves to recognize, respect, and include Epekwitnewaq Mi’kmaq stories, history, or land in such a way that creates a positive and inclusive Island community with lasting impacts for future generations.

Reconciliation Recognition is awarded to those who:

Mount Stewart School has worked for several years showing true appreciation and establishing a path toward reconciliation through its partnership with Abegweit First Nation. About 22 percent of the school’s population is Indigenous so the administration decided it was important to integrate indigenous culture into all school events. They feature, dancing, drumming, and singing at their school gatherings, the older students sing O’Canada in Mi’kmaq, and they erected a wigwam outside with help from the students. This, as well as Mi’kmaq elder teachings, smudging, dancing, and storytelling, allows the children to experience first-hand the ways of the Mi’kmaq culture.

Teacher, Julie Gagnon, took the first step toward establishing a true path toward reconciliation by focusing École Saint Augustin’s efforts on building a strong relationship with members of the Lennox Island First Nation backed by education, experience, and example. Officials with the school have been working with members of the Lennox Island First Nation to create activities and cultural learning opportunities. So far, the children at the school have created their own talking sticks and built miniature tipis/teepees, they have held a ceremony to raise the Mi’kmaq flag, and the school has plans to take students to Lennox Island for a tour of the museum.

Parks Canada has taken the steps to implement Mi’kmaq programming in their National Park and in National Historic Sites on Epektwitk (Prince Edward Island). One initiative involved the creation of panels which were designed and fabricated as part of a Stories of Canada project, to bring awareness and present messages about Mi’kmaq culture to visitors of the National Park and Historic Sites. These signs are to be located in Greenwich, Cavendish Beach, Brackley Beach, Green Gables, Ardgowan and Skmaqn. The signs feature three languages: English French, and Mi’kmaq as well as land acknowledgments on all three panels.

Kevin Murphy, Jeff Squires, and the PEI Brewing Company recognized that the branding of their Sir John A. Honey Wheat Ale was outdated. Upon seeing the recent Nation-wide controversy regarding the naming of the statues, streets, and buildings after historical figures that have had a negative impact on First Nations peoples, they took it upon themselves to self-educate in the harm that Sir. John A. inflicted on indigenous people by implementing Residential Schools. PEI Brewing Company reached out to L’nuey to ask for recommendations and create a partnership on the re-branding of their product. The company also plans to update the historical information on plaques in the taproom to help tell the full story of the damaging policies put in place by Canada’s first Prime Minister while adding significant signage to their Event Centre to acknowledge that the land on which we gather is the traditional and unceded territory of the Mi’kmaq.

Award Winners on the Podcast

Education as a Means of Reconciliation – With Mary Kendrick – Juku'e