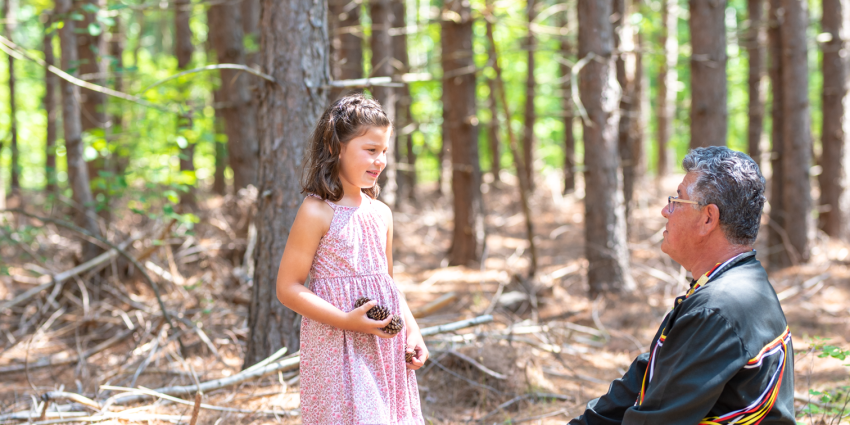 The existence and validity of Aboriginal and Treaty Rights have been recognized in Canada through many court decisions. However, the courts have only partially defined the nature and scope of the rights and the common theme throughout these decisions has been the court’s direction or advice for government and Aboriginal people to resolve their issues and find fair solutions through negotiation, rather than litigation.

The Marshall Decision in 1999 prompted greater collaboration between Lennox Island and Abegweit First Nation Councils on the protection and implementation of Mi’kmaq Rights in PEI and from the outset, the leadership has been clear that they are committed to negotiations as the preferred path to resolving these issues.

In January 2019, the Mi’kmaq-Prince Edward Island-Canada Framework Agreement was signed and it established a process for the parties to discuss and advance Mi’kmaq Aboriginal and Treaty Rights, including the inherent right to self-government. It sets out the scope for government-to-government-to-government negotiation processes.

Through the Framework Agreement a “Main Table” was formalized with technical staff from each of the governments. Work plans are developed by the negotiators, based on the direction and authority of the respective leadership for each party – for the Mi’kmaq that is the Epekwitk Assembly of Councils.

With the guidance and direction of the Assembly, L’nuey has begun to explore the priority areas for initial negotiations at the Main Table, including potential areas for self-government discussions. Under the Main Table, bi-lateral negotiations (between the Mi’kmaq and Canada) have been underway under the “Rights and Reconciliation Agreement” process. In 2017, Canada obtained a mandate to negotiate Rights and Reconciliation Agreements to respond to the unique rights and interests of the Mi’kmaq Maliseet and Passamaquoddy in the Maritimes. The Agreements were intended to be legally binding, time-limited in recognition of the Aboriginal and historic Treaty Rights of the Mi’kmaq, and set out how those rights would be exercised during that time-limited period. Two areas have been the subject of RRA negotiations in PEI – Fisheries and Parks. With the signing of the Framework Agreement in 2019, these negotiations became part of the Main Table workplan.

These negotiations were impacted by delays associated with the COVID-19 pandemic and more recently by the federal election.

Fish RRA (Representatives at the Table: L’nuey and DFO):

Following significant conflict with respect to the implementation of treaty-protected fisheries in Mi’kma’ki and negotiations that did not result in any satisfactory changes to the RRA offer by the Department of Fisheries and Oceans, the L’nuey negotiators were directed by the Assembly to step away from the negotiations. The Department of Fisheries and Oceans has advised that they will be seeking a new negotiation mandate in 2022. Negotiations will be considered by the Assembly once confirmation of that mandate is received.

Parks RRA (Representatives at the Table: L’nuey and Parks Canada):

These negotiations have been progressing in a very positive manner. The objective of the negotiations is to recognize and reconcile Mi’kmaq Rights in PEI with the current management and oversight of the National Park in Prince Edward Island, including respectful recognition of the appropriate role to be played by the Mi’kmaq in the co-management of the Park. Formal agreement on these negotiations would follow negotiations of terms that the Mi’kmaq negotiators are prepared to recommend to the Assembly, and if approved, would then be presented to the membership to seek community support.